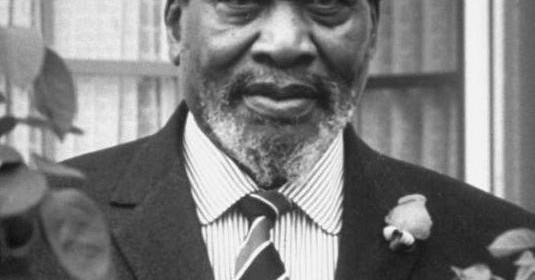 The Jomo Kenyatta’s Family: He was the founding father of the Republic of Kenya his ties with the past two Presidents H.E Mwai Kibaki and H.E Daniel Toroitich Arap Moi has helped shape the future of politics in Kenya. H.E Uhuru Muigai Kenyatta is the Current head of state and from 2030 we shall see the Kenyatta’s rule the country again.

The Former President Mwai Kibaki Family: The descendants of Mwai Kibaki will not rise to become the President of`the Republic of Kenya but will occupy positions such as Members of Parliament , they shall also be successful in business but will never take the Presidency again. Although H.E Mwai  Kibaki was a good President the 2007/2008 Post Election Violence made Kenyans & Africans at large to loose trust in his leadership. According to my Astrological insights the Family shall have alot of challenges in the future.

Jaramongi Oginga Odinga Family: The family of Jaramongi has had alot of chances to rule Kenya, perhaps more chances than any other family. Due to errors from the family side and those from political system the Family has not clinched the Presidency even now. This family will have a good chance in the 2017 General Election to take leadership.

There are several reasons why Kenyans kove the JaramongiOgingaOdingafamily, this family has shown a lot of selflessness in Politics both in the past and now. During the transition from the colonial government in 1962/1963 Mr. Jaramongi showed his selflessness to MzeeJomo allowing him to assume leadership of this great country.

The Right Honourable Prime Minister Raila Odinga – his son has followed the footsteps of his father by supporting the former President MwaiKibaki while he was on a wheel chair now one else could have done that.
Musalia Mudavadi/ Moses Wetangula/ Hassan Joho
None of there descendants will rise to be the President of Kenya leadership in their families shall end with them.

Peter Kenneth–Some of his descendants will be presidents.

MESSAGE TO AFRICAN LEADERS.
As the East Africa’s most successful Astrologer it’s upon me Dr. Sharif Ayub to offer guidance to the people of Africa and their leaders.
As a leader you may have been wondering about what you need to do for your descendants to get re-elected I will give you a few tips keep reading.
First and foremost we are lucky to have been blessed with wonderful leaders such as The Late Nelson Mandela, Julius Nyerere, Jakaya Kikwete, Jaramongi Oginga Odinga, Bill Clinton, Barrack Obama, Ronald Ngala & Dr. Sharif Ayub East African Astrologer, they were exemplary in their leadership.
For any African Political leader emulate the above examples of Excellent leaders also stay away from Corruption, Vote Rigging, Incinting Violence & Land Grabbing.